Unemployment rate down to 4.8 per cent at end of January

Unemployment rate down to 4.8 per cent at end of January

RecruitAuto.ie welcomes the news that the seasonally adjusted unemployment rate fell from five per cent in the third quarter of 2019 to 4.7 per cent in the fourth quarter. And the number of employed people rose by 3.5 per cent last year according to the latest figures in the Labour Force Survey from the Central Statistics Office. 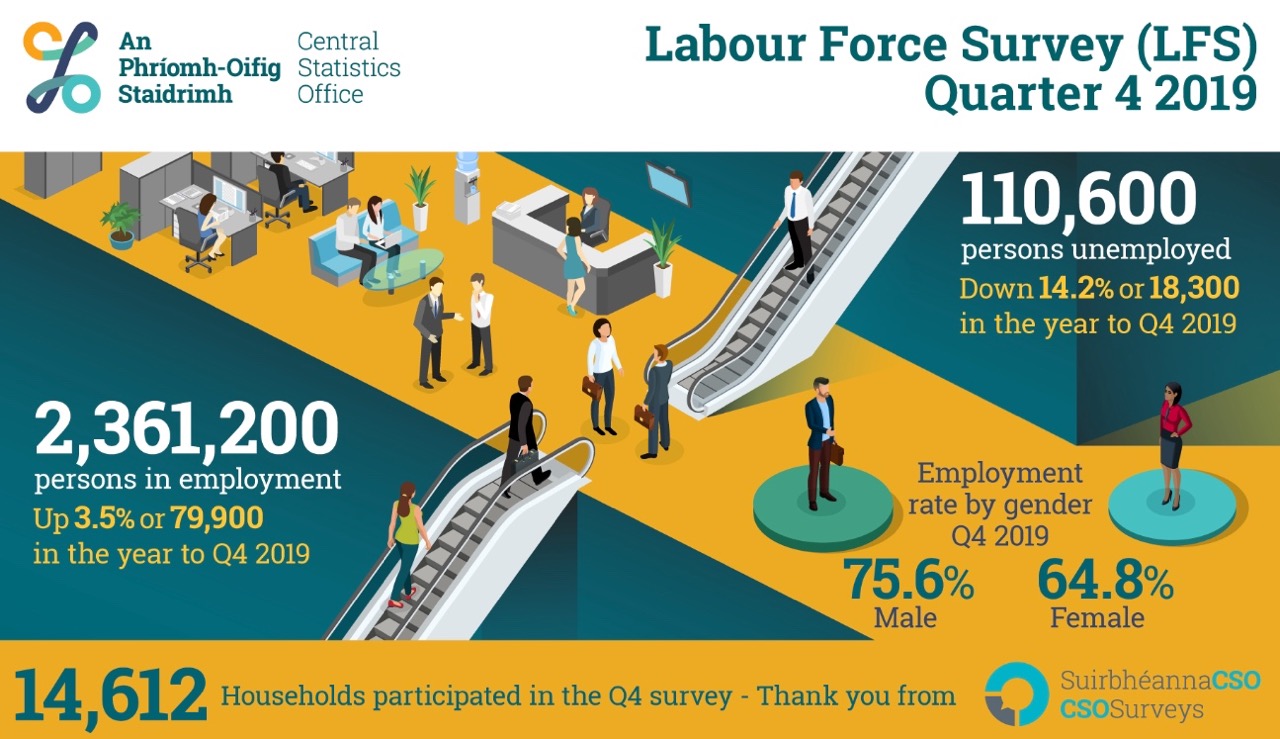 The Labour Force Survey is the official source of data for employment and unemployment in Ireland. It states that a total of 2,361,200 people were in employment at the end of last year, up 79,900 on the previous year.

Employment growth was also recorded in all of the country’s eight regions and it is very encouraging that the employment gains came despite a challenging year due to Brexit uncertainty and a slowdown in international markets. 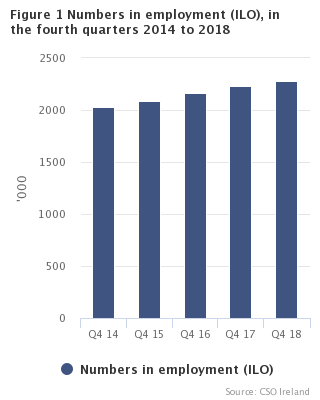 Economists at the respected Nevin Economic Research Institute (NERI) say that thirty-eight per cent of employment growth over the year was part-time employment (30,400), compared to a national part-time rate of just 20.9 per cent. Related is the number of underemployed in the Irish economy, barely changed over the year of strong employment growth (108,500 to 108,400) in quarter 4 2019. This is a particularly precarious form of employment, associated with high levels of in-work poverty and financial insecurity.

Growth in the number of self-employed with no employees also took up a disproportionate share (10.3 per cent) of employment growth compared to a share of 4.1 per cent of overall employment.

NERI economist Paul Goldrick-Kelly points to the absence of international comparisons of relative labour market performance. “Falling unemployment should be welcomed but that rate doesn’t represent the be all and end all of labour market performance. We rarely hear about our relatively low levels of aggregate employment – in terms of the percentage of the working population employed, we are distinctly average by European standards.”

We use cookies to ensure that we give you the best experience on our website. If you continue to use this site we will assume that you are happy with it.OkRead more